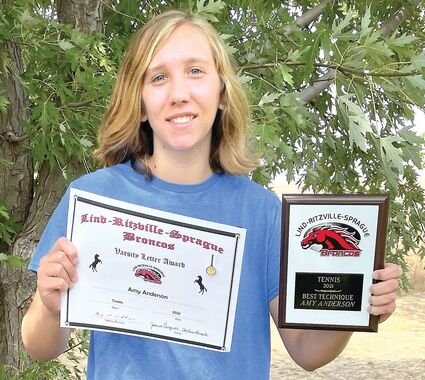 Hunter Cameron received the Most Improved Award, coaches Janna Gingrich and Chelsea Kneale reported. He was the team's lone sophomore.

Alexis Melcher received the Most Inspirational Award, and Amy Anderson received the Best Technique Award, the coaches reported. Both girls were juniors.

And Serena Block was recognized as the team caption, the coaches reported, noting she was a senior.