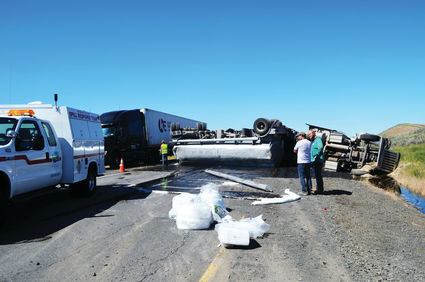 The driver (right) of a tanker truck carrying hydraulic fluid talks with his passenger (left) as the spill response crew arrives to perform cleanup on Highway 395, about 19 miles south of Ritzville Thursday, June 18.

The patrol identified the driver as...