Class of 2025 promoted to freshmen 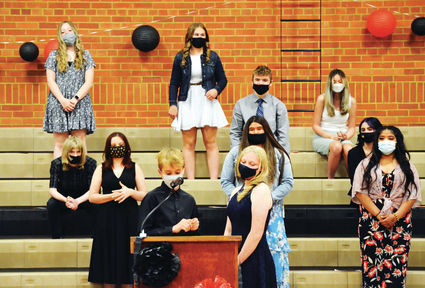 Addy Colbert and Brix Curtis announce "Roll Call" at their eighth-grade promotion June 9. Students stood up when their names were called for the year they joined their classmates, beginning in kindergarten and working up through the 2020/2021 school year.

LIND – Eighth-graders celebrated accomplishments over the past year at their promotion at Lind Middle School Wednesday, June 9.

Several students took turns at the podium, with Fredy Granados welcoming family members and friends to the ceremony.

Awards were announced by staff members and administration, with students receiving the following: