Broncos lose one, win one over Pirates 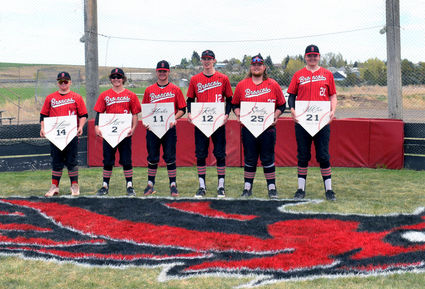 RITZVILLE - The Broncos hosted the Asotin Pirates on the baseball field, losing the first game but coming back to win the second.

Drew Kelly and Jay Harder pitched three innings each, and Carson Ayers pitched one in the first game.

"This is our first win of the season," Asotin Head Coach Jim Holman said after the first game. "We came out and hit the ball well and we pitched well, so good things usually happen when you do those things."

In between games of the doubleheader Dakota Lane, Ayers, Harder, Kelly, Jeff Stal...