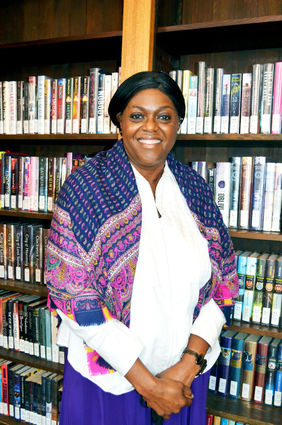 New East Adams Library Director Venisia Adams said she is excited to be living in a small town again. Originally from Baton Rouge, Louisiana, she was working in Dallas, Texas, before taking the job.

"She moved here from Texas, and we are thrilled to have her," Board of Trustees member Christina Heater said.

Adams said she drove up from Dallas, where she did librarian work as well as in ministry as an ordained non-denominational/apostolic minister. Adams said she liked the idea of coming to a small town.

I was told it's a very friendly town," Adams said. "And this is a national historical librar...