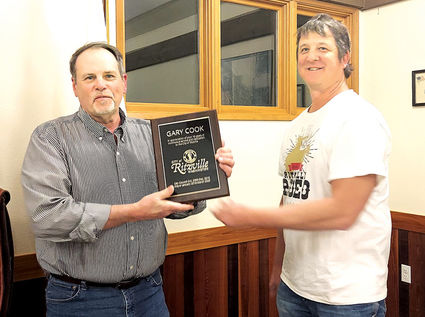 RITZVILLE – For his last City Council meeting, Gary Cook included a letter summing up his 17 years of service, first as a councilman and the last five as mayor.

Cook said when he started as mayor in January 2016, he soon realized the city's budget could be streamlined.

"In 2017, we took a bold step to put the budget on a 'cash' basis. We held off capital purchases until we could show revenue to pay for them, and made department budgets the responsibility of each supervisor, subject to council approval," Cook said. "Julie Flyckt drove the budget process and currently we have solid workin...