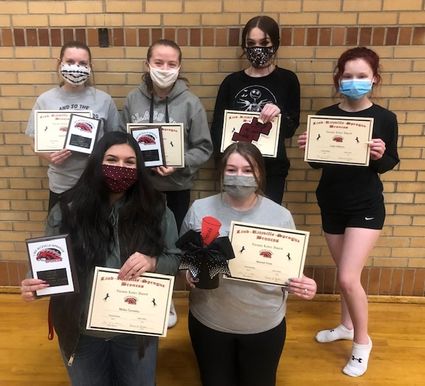 "Due to COVID, we were not able to have our awards banquet last spring, so I handed out the awards during their practice," Coach Connie Miller said.

All the girls earned their varsity letter, and a few won additional awards.