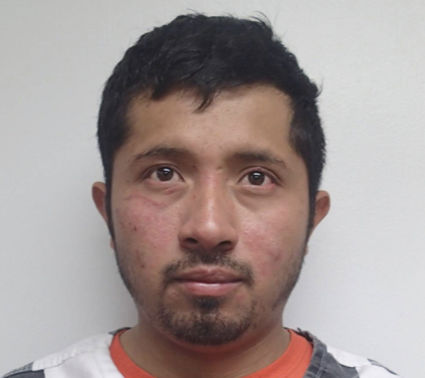 OTHELLO – An all An alleged illegal alien will be tried March 23 in the slayings and dismemberment of two women whose remains were found in an abandoned vehicle last month.

Mauricio Nava-Garibay, 28, believed to have been living in Othello, is facing charges of first-degree murder with a deadly weapon enhancement and second-degree murder in the slayings of Dora Elia Martinez, 57, and her daughter, Guadalupe Martinez, 30, records show. A jury trial has been set for 9 a.m. March 23.

Both charges include a domestic violence sentencing enhancement, records show.

He is being held on $1 million bail in the Adams County Jail in Ritzville for the charges and without bail on a U.S. Immigrations and Customs Enforcement detainer, records show.

Nava-Garibay was arrested Jan. 28 by Sheriff’s Office deputies in connection with the Jan. 27 slayings of Dora Elia Martinez and Guadalupe Martinez, records show.

He is believed to have been in a relationship with Dora Martinez, police records show.

The killings occurred in the garage next to the Martinez home on East Cypress Street, records show.

The bodies were found the next morning in Dora Martinez’s vehicle in the 2200 block of West Charla Lane, after deputies responded to a 911 call about a vehicle discovered with blood on the hood.

According to police records, deputies discovered the dismembered bodies and a decapitated head inside the passenger compartment and trunk of the vehicle.

Part of the flesh was covered by a white cloth with “vomito 13” in red lettering, records show. Vomito is the Spanish word meaning vomit or throw up.

The Washington State Patrol Crime Laboratory was called to the scene scene to assist in collecting evidence.

According to court documents, deputies picked up Nava-Garibay while he was walking along Cobblestone Avenue.

He allegedly waived his right to counsel and consented to an interview, records show, noting he admitted to killing the women.

Records show Nava-Garibay said he had gotten into an argument with Dora Martinez the evening of Jan. 27. Nava-Garibay enticed her into the garage of her home, where he said he stabbed and strangled her.

Nava-Garibay said Guadalupe Martinez entered the garage, and he pushed her from behind, causing her to hit the side of the car before falling onto her back on the concrete floor, records show. Nava-Garibay said he then cut the back of her neck.

That cut or the blow to the head from the fall caused her death, he said, records show.

Nava-Garibay said he then dismembered the bodies, as they were too heavy to lift into Dora Martinez’s Honda, records show. He said he drove the vehicle to transport the dismembered bodies from Cypress Street to West Charla Lane to dispose of them, before returning to the home.

According to court documents, Nava-Garibay admitted in the interview to disposing of his clothing, the knife and other blood-soaked objects in the trash at an address on West Bench Road.

An Adams County deputy conducting the interview said he was advised Guadalupe Martinez has the mental capacity of a 5-6-year-old.

In his first appearance, Nava-Garibay appeared before Judge Dixon via televised circuit from Adams County Jail, along with his court-appointed public defender, Timothy Trageser of Spokane.

An interpreter translated the proceedings into Spanish for Nava-Garibay, who sat next to his attorney unrestrained.

At the courthouse, two jailers were stationed at the main entrance to screen people attending the proceedings.

“The extra security is due to the high profile case, and the courtroom restrictions by the Judge,” Wagner said, adding Nava-Garibay was in a closed environment in the jail and if restraints were required, they would be utilized.

Several family members of the victims were present.

Judge Dixon advised Nava-Garibay that he is not required to disclose his immigration status to the court, but if he is not a U.S. citizen, he should advise his attorney.

The judge also said he had the right to receive advice from the lawyer on risks the case would have on his immigration status.

The medical examiner said there was evidence of significant trauma to the front and back of the skull and stab wounds on Guadalupe Martinez, Palubicki said.

Those were not reported in the interview with Nava-Garibay, records show.

Palubicki asked the judge for a $10 million bail, saying he has only asked to address bail on two occasions over the past three-and-a-half years.

But Judge Dixon declined the request to increase.

“I assume from reading the probable cause statement this was a very violent crime,” Dixon said. “Bail will remain at $1 million.”