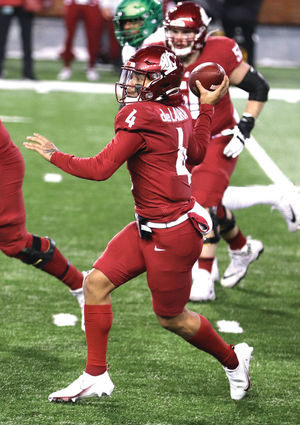 Washington State University starting quarterback Jayden de Laura was arrested for DUI on Saturday in Pullman after failing a field sobriety test and refusing a breathalyzer.

The 19-year-old was allegedly spotted on College Hill running through a stop sign on Colorado Street and driving the wrong way on Thatuna Street, said Operations Commander Jake Opgenorth. De Laura was stopped at 2:13 a.m.

He failed a field sobriety test and refused to take a Breathalyzer, but otherwise followed law enforcement instructions.

"He was very cooperative," said Opgenorth.

De Laura was released from jail on his personal recognizance shortly after being arrested...