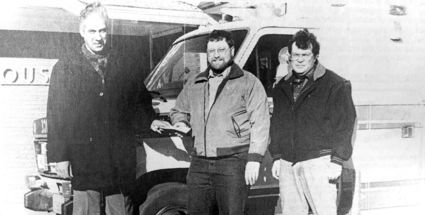 Ralph and Everett Streeter, who were arrested last Friday on the charge of having liquor in their possession are now held under the more serious charge of burglary in the second degree, it being alleged that while confined in the jail they broke into the “dark cell” and destroyed the liquor seized in an attempt to wipe out the evidence against them. A raid was made on the old Gem lodging house, where the boys reside, last Friday afternoon by Sheriff McCollom, Depu...