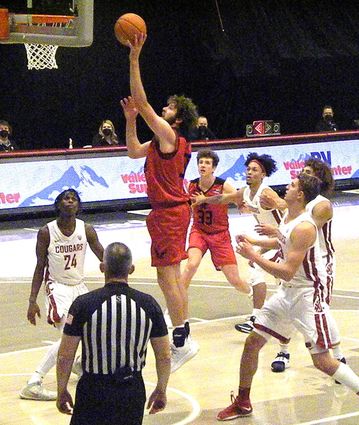 PULLMAN – Had he touched the ball yet all game?

WSU 7’1” center Volodymyr Markovetskyy, who went in in the second half -- hand-raised, arm out -- got no reply until Noah Williams fed him in the final minute for an emphatic dunk, giving the Cougars a game-breaking lead over Eastern Washington on a night WSU trailed for ¾ of it, winning 71-68.

Markovetskyy’s score came just before EWU’s Jacob Davison hit a three-pointer to cut the lead back to one and Eastern got the ball once more to work for a last shot with 10 seconds left.