Young adults exit vehicle before it is struck by truck 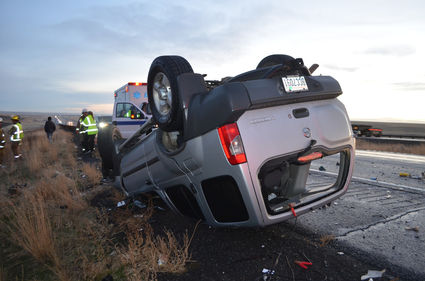 Dylllin Hoisington and Jayden Whittenburg, both 18, were traveling from Newport to Oregon on westbound I-90 when they said they hit black ice, about eight miles east of Ritzville Wednesday morning, Nov. 25.

RITZVILLE - Three people were involved in a two-vehicle collision this morning, Nov. 25, on the icy surface of westbound I-90 eight miles east of Rtizville.

Dyllin Hoisington and Jayden Whittenberg, both 18, were traveling from their home in Newport when the collision happened, around 6:34 a.m.

"We drove over some black ice and I'm pretty sure we were trying to get into the other lane," said Whittenberg.

The car they were driving lay on it's roof on the shoulder of the right hand lane.

"It was on it's side first, and then the truck hit us," said Hoisington. "But we got out before it hit."...