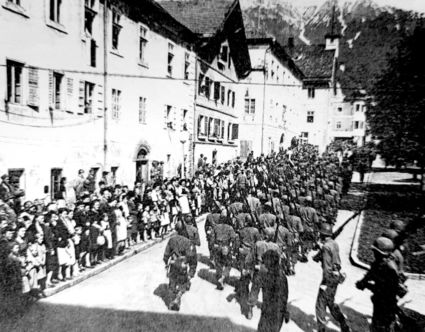 RITZVILLE – Joanne McCrady of Ritzville speaks with pride of her cousin Adolph Grams, a first lieutenant in the U.S. Army who played a key role as a U.S. liaison and translator in the surrender of Germany in 1945.

Grams, a native of Ralston, grew up on a wheat farm with five sisters and his parents. His father, Reinhold, and mother, Mary, were both Germans who emigrated to the United States, and kept their native language alive in the household.

Grams attended school in Ralston until the eighth grade, then went on to graduate from Ritzville High School.

“He enlisted in the Army when Wo...