God save the sailor 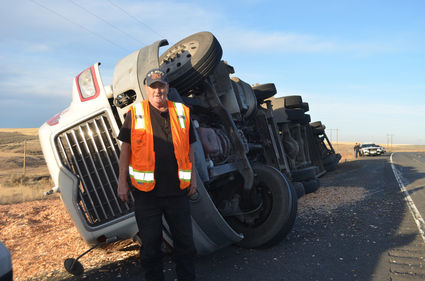 Washington State Patrol responded to the accident that occurred around 3:30 p.m. at milepost 90.5. No other vehicles were involved, and travel lanes are open.

Janssen, driving for XL Transport, was hauling a load of Cedar chips from Ritzville to Wallula.

"I reached down on the floorboards for a bottle of water, and there I am," Janssen said shortly after the wreck.