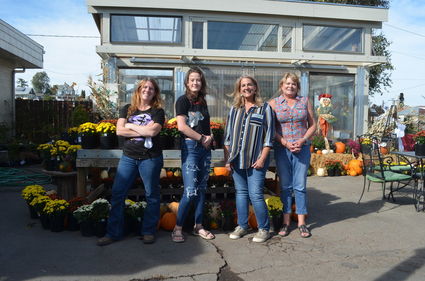 Photos by Katie Teachout | The Journal Boxwood Home and Garden Center staff are excited to up and running under new ownership. From left are Shayla Claydon, Maisar Ferderer, owner Debbie Starring, and Kelly Yockey.

RITZVILLE – The Boxwood Home and Garden Center is under new ownership, with Mitch and Debbie Starring taking over October 6.

The transfer of ownership went seamlessly, with previous owners Aimee Guiles and Dave Benedict signing over keys after closing for the evening, and the new owners opening the doors the next morning, Oct. 6.

"I attended Dave and Aimee's grand opening six years ago, and that day I applied for a job here," Starring said. "I worked part time for three a...