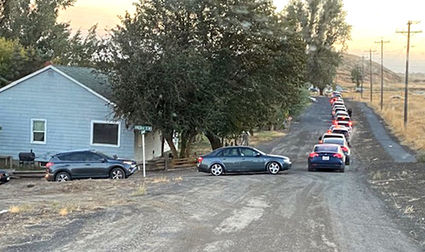 Traffic backed up on Ritzville streets Monday after the state Department of Transportation closed area highways.

Washington State Patrol Sgt. Ethan Wynecoop said the multiple car crashes, which were all dust-related, resulted in no serious injuries.

"It was absolutely a mess. You couldn't see more than 10 feet in front of you," Wynecoop said. "Almost every state route through our patrol area here had crashes of one sort or another."