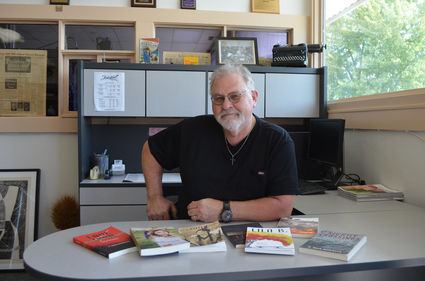 E. Hank Buchmann displays several of his published works, including "Love and War," in the final proofreading phase and expected to be released this month.

"Love and War," a collection of three novellas currently in the proofreading stage, has a possible release date of early September.

"You can't make a full novel out of every story that goes through your head," said Buchmann, adding he followed writer Jim Harrison's lead in combining a collection of novellas to be published in one book. "I think I might do it again."

He hopes to have his next book, "Empire," released in the next year.