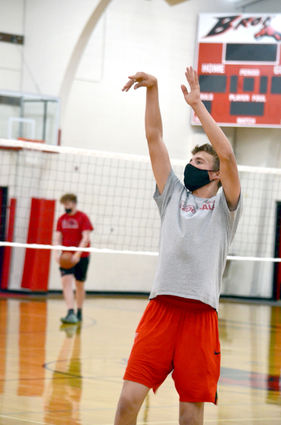 “At least 15 kids showed up every day, so that’s pretty positive,” Arlt said July 16, adding they were in the second week of camp when the state-wide mask mandate came out.

“We thought we would lose a couple kids, but they all showed up, so that’s good,” Arlt said.

By coaching two, one-hour long camps, Arlt was able to split the group in two, and divide those into five different groups of four to five athletes. Arlt said G...