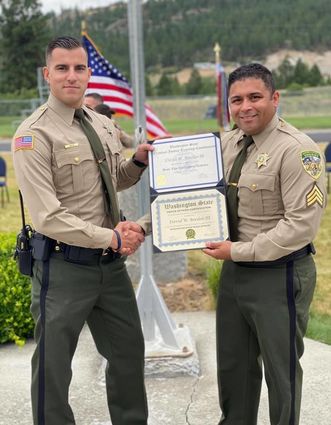 According to Adams County Sheriff Dale Wagner, Deputy Borden was hired in the Adams County Jail in mid-April of 2019 before making the transition to the road at the end of December that same year.

Wagner said Borden has been living in the Spokane area, but currently has a house in Ritzville.

"He will be, and has been, a great asset to our team," Wagner said. "We are grateful for his willingness to serve our community."