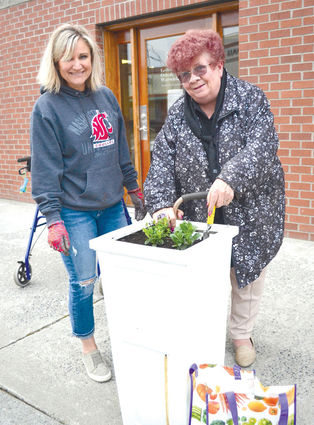 RITZVILLE - Former mayor Linda Kadlec, with a team of volunteers, planted flowers in pots along downtown streets Monday morning, May 18, before most businesses were open.

"The news is so drab, we have to bring a little brightness to downtown, where it's needed," Kadlec said.

Kadlec said the flowers are compliments of the Willard Hennings Foundation, which sponsors the flowers annually.

"He even bought the pots about five years ago," Kadlec said.