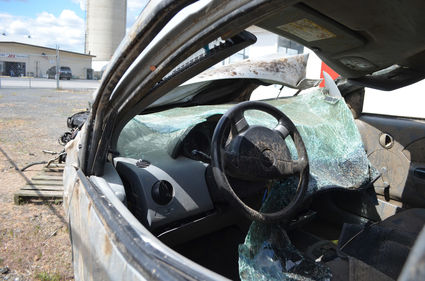 Jeremy Gleese's car is in the impound yard following a crash on U.S. Highway 395 last week.

The driver was cited for second-degree negligent driving.

Gleese was wearing his seatbelt, and neither drugs nor alcohol were involved, patrol records show.