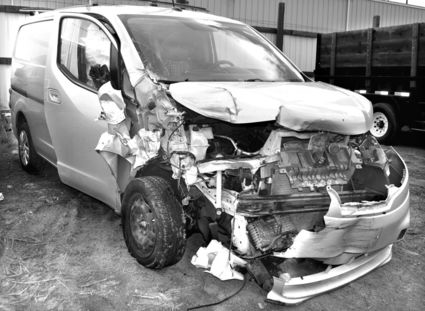 The Journal A 2013 Nissan driven by Janita E. Martin was damaged and towed to Ritzville last Thursday after being involved in a collision with an alleged drunken, wrong-way driver on Interstate 90 between Ritzville and Moses Lake.

Christopher L. Mainard, 26, of Snohomish, was intoxicated at the scene and arrested for driving under the influence of the 8:17 p.m. crash between Ritzville and Moses Lake, the Washington State Patrol said, noting the crash occurred at Milepost 193, 18 miles east of Moses Lake.

Mainard was westbound in the left lane of eastbound I-90 when he struck a vehicle driven by Igor Chernetskiy, 28, of Spokane head-on, the patrol said.

Mainard next struck a vehicle in the right lan...