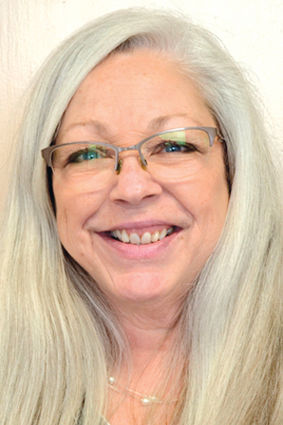 RITZVILLE - Katie Teachout has been named editor of The Ritzville Adams County Journal.

Teachout, 58, replaces Brandon Cline, who recently resigned to return to his childhood home west of Goldendale to work as a reporter at the Chinook Observer.

"Katie will be a fantastic addition and leader at The Journal," Publisher Roger Harnack said. "Her experience will be key to improving the coverage of news, events and people of Ritzville and Adams County."

"I came here from the Omak-Okanogan County Chronicle," Teachout said. "Prior to that, I wrote for the Okanogan Valley Gazette –Tribune.

"Favorite beats - along with coverage of schools, city councils, chambers of commerce and hospital districts - include feature stories on veterans, new businesses and inspiring community members."

But she hadn't always planned on being a journalist. She grew up Cortland, Ohio, and relocated to the West the day after graduating high school in 1979. After spending a couple years working in various locations, she settled in Washington state in 1981.

She began working on a college degree in 1991.

"I attended Wenatchee Valley College-Omak before getting a bachelor of arts in psychology from Western Washington University in Bellingham," she said.

That's when her career choice took a turn toward journalism and she landed her first newspaper job with Methow Valley News in Twisp.

Then it was off to Okanogan County for her other reporting positions.

"I enjoy time spent outdoors, and look forward to exploring my new surroundings," she said.

Teachout is a mother of three and grandmother of three. She has already relocated to Ritzville and took over as Journal editor on Feb. 24.

After Cline's departure and before Teachout's arrival, reporter Jeremy Burnham has served as interim editor and reporter.

"Jeremy has done a fantastic job," she said, adding that he will remain on-staff while also picking up some sports reporting duties for sister newspapers within Free Press Publishing.

The Journal office is generally open from 11 a.m. to 2 p.m. Monday through Thursday, and other times when Burnham and Teachout are not on assignment.

"Stop by the news office (216 W. Railroad Ave.) to say 'hello,'" she said. "I'd like to hear of your hopes, dreams and concerns, and look forward to sharing your stories through the written word, as well as the camera lens."