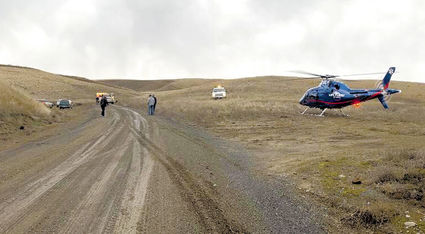 A Lifeline helicopter was dispatched to the state Highway 260-area to airlift an injured farmer.

KAHLOTUS - A local farm was airlifted to a Tri-Cities-area hospital Saturday following an ATV crash near Gill Road and state Highway 260.

According to the Franklin County Sheriff's Office, deputies responded to the scene where a 60-year-old farmer was fixing a fence on a pasture.

The name of the farmer was not immediately released.