Retirement not in the plans for local chiropractor 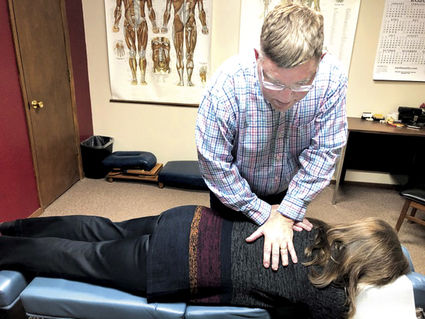 Chad Duvall | Special to The Journal

Dr. Warren Kragt works on a paient in his office. Kragt has been practing in Ritzville since 1986.

- NOTE: Due to a trial this week, officers from the Ritzville Police Department had to postpone interviews for our Police Profile Series. In its place this week, we offer a profile on Dr. Warren Kragt, a community leader, chiropractor and businessman.

RITZVILLE - Dr. Warren Kragt has been a part of the Ritzville community for a long time. Kragt, originally from Colfax, came to Ritzville in 1986 to fill a void in the community.

"We had had chiropractors come and go," Kragt said. "So I came and made a commitment to be here full time."