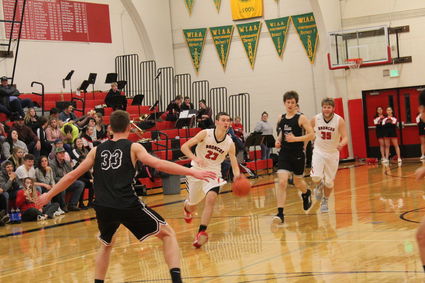 Drew Kelly dribbles during the LRS boys basketball game against Upper Columbia Academy on Dec. 12. The Broncos defeated UCA 73-39 to improve to 1-0 in league play on the season.

The Lady Broncos had a balanced attack that saw all eight of the core varsity players score.

LRS head coach Steve Wellsandt was pleased with how his team played defense against UCA. Wellsandt preaches defense and said the team has a goal of holding opponents to under 40 points a game. LRS held UCA to fi...