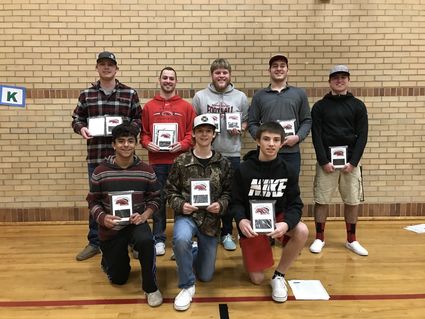 The Lind-Ritzville/Sprague Broncos football team held its annual awards banquet on Nov. 24. Eight players were recognized for their contribution to this year's LRS team.

Hayden Melcher was honored with the Most Improved Award, while Nick Labes was selected as the Scout Team Player of the Year and Johnny Ryan was chosen as the Special Te...