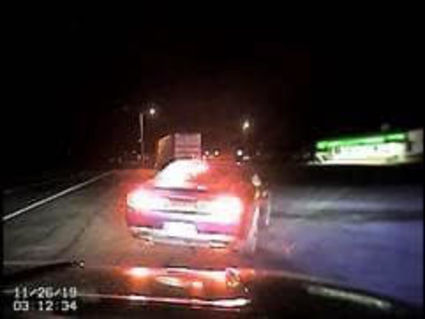 Four juveniles led Adams County Sheriff deputies on an 18-mile chase at speeds greater than 100 mph last week. All four have been arrested and booked into the Martin Hall Juvenile Facility in Airway Heights.

Deputies performed a traffic stop in Ritzville on a vehicle driving in the dark with no lights on the night of Nov. 26. According to the sheriff's office, the driver of the car fled heading south on the northbound lanes of Highway 395.

The car was later found to be stolen out of Quincy. Deputies found it abandoned on the side of the highway and a search for the four suspects ensued.