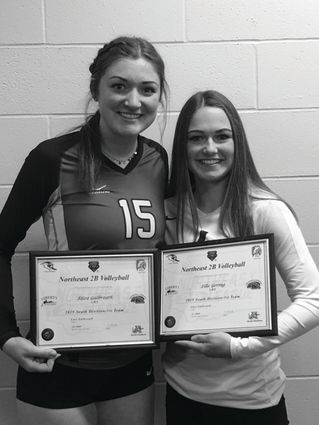 LRS senior volleyball players Eliza Galbreath (left) and Ellie Gering (right) pose with their Northeast 2B South Division All-Opponent Team awards. Galbreath finished fourth in voting in the division, while Gering finished fifth. Both Colfax and Liberty had three players each named to the All-Opponent Team, while Asotin and Reardan each had one player named to the team.