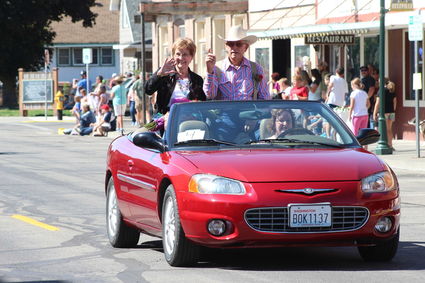 Grand marshals Karen and Bill Curtis wave to a packed crowd during the Ritzville Community Parade on Saturday, Aug. 31.

The Ritzville community came out in force on Saturday, Aug. 31 to cheer on and marvel at the dozens of entries in the 2019 Ritzville Community Parade as they marched down Main Avenue.

The Curtises were instrumental in establishing the Ritzville Rodeo, which celebrated its 50th anniversary this past weekend. They told The Journal that they felt very privileged and honored to be named the parade's gra...