Levies on ballot in Adams County approved, look ahead to general election 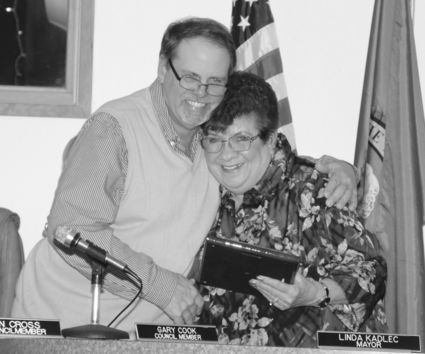 Then newly elected mayor Gary Cook presents outgoing mayor Linda Kadlec with a plaque in December 2015. Cook has served as mayor since being elected in 2015, and is running for a second term in the Nov. 5 general election.

According to the most recent update from the Adams County Auditor's Office, all four maintenance and operation levies were passing with at least 65% of the vote. Three of the levies are Adams County Park and Recreation Districts in Ritzville, Lind and Washtucna, while the fourth levy is for the Adams County Cemetery District in Washtucna.

The Adams County Park and Recreation District No. 2 and No. 3 levies for Washtucna a...