Softball league offers reprieve from duties of every day life 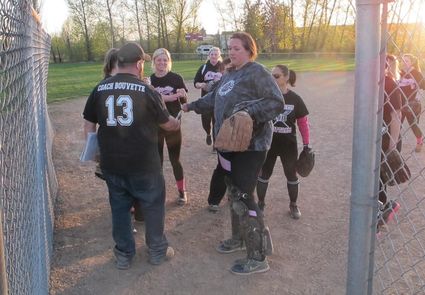 Every Wednesday evening, casual women's softball teams from six eastern Washington towns go to battle for the honor of being league champions. Above, the Ritzville team huddles for a team meeting during one of its recent games.

Softball... play for the fun of it? Yes, that's happening almost every Wednesday evening in a casual women's league.

It's been going on for years, maybe decades. They play every Wednesday evening at 6:30 in one of six eastern Washington towns: Ritzville, Odessa (which has two teams), Wilbur, Grand Coulee, Wilson Creek and Davenport. It has all the hallmarks of an organized league, but sometimes it becomes a scheduling operation to match up teams.