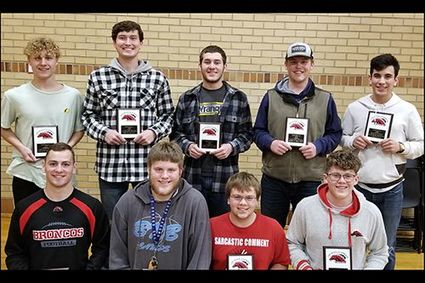 The Lind-Ritzville/Sprague Broncos football team held its end-of-season banquet at the Ritzville Grade School on Nov. 16. The theme of the banquet was a taco bar, as coaches, players and their families celebrated the 2018 season.

Pictured to the left are the student-athletes who were honored for their contributions to this season’s team.